Five Doubts About Office Cubicles You Should Clarify

Urban legends and myths have become an integral component of American culture. While perhaps not as common as the idea of a hook-wielding mythical man and other prevailing legends, there are several doubts and legends surrounding office cubicles—from used office cubicles liquidation to the constrictive, oppressing nature of cubicles. We’re here to clarify fact from fiction when it comes to the office cubicle.

Demystifying Used Office Cubicles Liquidation, and Other Myths and Doubts

Since its conception in 1964 by Herman Miller designer Robert Propst, the office cubicle has not only received both acclaim and criticism throughout the decades, but has also become somewhat of a pop-culture phenomenon. From books to movies, the office cubicle has elicited both praise and doubt. Let’s take a look at some common misnomers surrounding the office workstation cubicles: 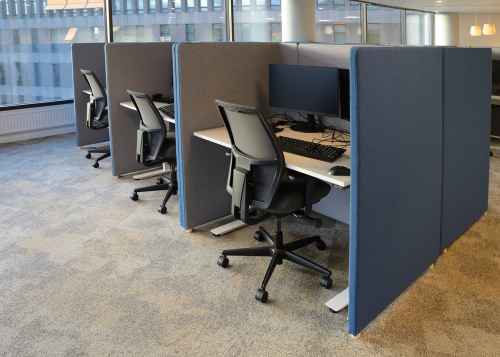 Commerce Office Furniture houses A-Grade office cubicles, desks, conference tables, seating and more. If you’d like to learn more about our inventory of new and used office furniture, contact us today at (610) 650-9950.